‘Fitch’ International raises the growth forecast for the Turkish economy 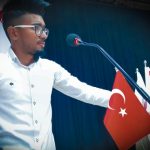 The international credit rating agency, Fitch, announced that it expects Turkey to increase its economic growth rates for 2021, with remarkable progress in recovery indicators.

This came in an assessment report published by the agency, Thursday, on its official website, under the name “Global Economic Prospects”.

The agency stated that “Turkey is likely to witness in 2021 the highest economic growth in the last decade.”

And it indicated that “Turkey’s economy is expected to grow this year from 7.9 to 9.2%.”

Meanwhile, Fitch lowered its forecast for global economic growth from 6.3% to 6% for the current year.

Turkey achieved economic growth during the past year, despite the challenges of the “Corona” pandemic, to be ranked second after China, in the list of the most developed countries among the G-20 countries, which include the world’s largest economies